By Meetali Gupta,
an Architect from India, living in Germany

Cottbus is a small town in the South of Brandenburg in Germany, with around hundred thousand inhabitants. It is considered to be the centre where research in the energy sector developed. A young university town, Cottbus is a place with unique history and heritage. With parks and green spaces scattered around the built mass, the city provides a good mix of spots to visit.

The old town of Cottbus was home to only a few thousand people. Disease and war played a role in decreasing this number but it changed during industrialisation in the mid-1800s. Within a few decades, the population grew and there was growth in the domestic architecture which provided it with an urban character. After the Second World War, the rise of coal mining industry led many people to settle here and to accommodate them pre-fabricated apartments which dominate the townscape today, were built.

The brick churches, residential houses, factories and the medieval historic character of this city leaves a charm on anyone who visits it. Like the city fortifications which are broken down on some places in the city centre, one can view every place of this town from a lens of history. (Image1)

The City Wall and Spremberger Tower

The city walls were restored in 1930s. Walking along the remains, one can see huge tower blocks which were first of their kind in Cottbus. Constructed in early 1970s, they helped to establish Cottbus as a centre of energy production.

Part of the city fortification is the 13th century tower that rose above the Spremberg Gate. The gateway was an important southern route into the city which was no longer used after the thirty-year war in 1600s, after which it became a customs post. In 1825, architect K.F. Schinkel was appointed to renovate it. The tower was till then topped by a circular cap which was replaced by a classic crown seen today. (Image 2)

The Schlossberg or the Castle hill, built by Lusitzi, a Slavic tribe is the foundation of the city. The site was a strategic point near the crossing place of river Spree. As most of the historic towns the settlement then grew around this hill castle and is today the city of Cottbus. This castle was succeeded by a German one in the 12th century which was further extended later. In 1905, the castle gave way to the Regional Court House that dominates the hill today. (Image3)

In most medieval town there exists a centre which is generally the Old market square or the ‘Altmarkt’. In Cottbus, this square lying at the heart of the city was a crossing point of three trading routes of the 13th century. (Image 3.1) However, the timber houses surrounding this area during those times were destroyed in the two great fires of the 17th century. Today what one sees is thus middle-class houses built in Baroque style of 17th century and neo-classical houses of the 18th-19th centuries. (Image 3.2)

The Schlosskirche or The Castle Church

In 1700, Huguenots community started living in Cottbus. They were French protestants who had to leave their land and beliefs. The elector of Brandenburg, ‘Frederic William’ granted them special privileges including construction of their own church. This was shared with the German reformed church community which till then were gathering for prayer in old castle. This is why it is called as ‘The Castle Church’. (Image 4) The church was renovated several times with the last one being in 1972 when the interiors were enhanced.

The oldest street in the city housing the oldest houses dating from the 1720s, is the Uferstraße. These were houses built for tanners needing an open area on ground floor for hanging animal skins to dry. The oil-fired power station which started operating in 1928 also stands near this area on river spree. (Image 5) The power station also supplied electricity to the city inhabitants for more than thirty years. In 2008, the power station was transformed into a gallery. (Image 5.1)

The city of Cottbus, though small, is one where history and heritage can be found in every structure that it houses. It is a perfect place for anyone who wishes to spend some peaceful time away from the city noises. So next time you visit this small town, take yourself on a heritage trail and explore the hidden gems that it offers. 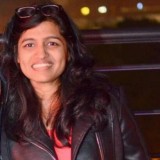 A graduate in architecture from University School of Architecture and Planning, GGSIPU, New Delhi India. Currently a master student at Brandenburg university of technology, Germany.
Previously worked as a research associate for a social enterprise- Safetipin, and as a research Architect with national heritage consultants, INTACH (Indian National Trust for Art and Cultural Heritage). Founder of Maitri Architecture Studio, research in built heritage is one of her key interests.